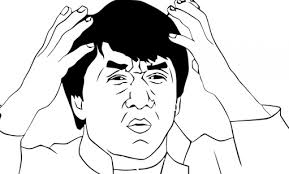 From my point of view such Parent-Child relations are a code smell, because they introduce a direct coupling between both Parent and Child, which leads to code that is hard to read, hard to maintain, where changing requirement affects a lot of components (hence it’s a virtually impossible task in large systems) and last but not least introduces shared state that is hard to predict and even harder to reproduce and debug.

So far so good, but somehow the information must flow from Presenter A to Presenter B: How does a Presenter communicate with another Presenter? They don’t! What would a Presenter have to tell another Presenter? Event X has happened? Presenters don’t have to talk to each other, they just observe the same Model (or the same part of the business logic to be precise). That’s how they get notified about changes: from the underlying layer.

Whenever an Event X happens (i.e. a user clicked on a button in View 1), the Presenter lets that information sink down to the business logic. Since the other Presenters are observing the same business logic, they get notified by the business logic that something has changed (model has been updated).

We have already discussed the importance of this principle (unidirectional data flow) in the first part.

Let’s implement this for a real world example: In our shopping app we can put items into the shopping basket. Additionally, there is a screen where we can see the content of our basket and we can select and remove multiple items at once.

Wouldn’t it be cool if we could split that big screen into multiple smaller, independent and reusable UI components. Let’s say a Toolbar, that displays the number of items that are selected, and a RecyclerView that actually displays the list of items in the shopping basket.

But how do these components communicate with each other? Obviously each component has its own Presenter: SelectedCountPresenter and ShoppingBasketPresenter. Is that a Parent-Child relation? No, both are just observing the same Model (updated from the same business logic):

The code for ShoppingBasketRecyclerView looks pretty much the same and therefore we skip that here. However, if we take a closer look at SelectedCountPresenter we notice that this Presenter is coupled to ShoppingCart. We would like to use the UI component also on other screens in our app. To make that component reusable we have to remove this dependency, which is actually an easy refactoring: The presenter gets an Observable<Integer> as Model through the constructor instead of ShoppingCart:

The aim of this blog post is to demonstrate that a Parent-Child relation is usually not needed at all and can be avoided by simply observing the same part of your business logic. No EventBus, no findViewById() from a parent Activity / Fragment, no presenter.getParentPresenter() or other workarounds are required. Just the observer pattern. With the help of RxJava, which basically implements the observer pattern, we are able to build such reactive UI components easily.

In contrast to MVP or MVVM in MVI we are forced (in a positive way) that business logic drives the state of a certain component. Hence developers with more experience in MVI could come to the following conclusion:

At first glance this seems like a valid approach, but isn’t it a variant of a Parent-Child relation? Sure, it’s not a traditional hierarchical Parent-Child relation, it’s more like an onion (the inner one offers a state to the outer one) which seems to be better, but still, a tightly coupled relation, isn’t it? I haven’t made up my mind but I think avoiding this onion-like relation is better for now. If you have a different opinion please leave a comment below. I would love to hear your thoughts.